Ever wondered how news anchors, actors and politicians seem to deliver all of their lines without stumbling or forgetting? Hubert J. Schlafly Jr., an electrical engineer, made that possible. He invented the teleprompter, a display device that prompts a speaker with an electronic visual text of a script, out of sight of the audience. While using this device, public speakers or performers appear to be speaking off the cuff.

Schlafly’s teleprompter was made of a motorized scroll of paper inside half a suitcase.

The idea was inspired in the 1940's by Broadway actor, Fred Barton, who wanted a way to remember his lines.

He approached Irving Berlin Kahn, vice-president of radio and television at 20th Century Fox. Kahn went to Schlafly, then the director of television research at the same company. Schlafly called it “a piece of cake.” Fox declined to invest in their device. Schlafly, Barton and Kahn then started their own company, TelePrompTer Corporation.

The device was first used on the CBS soap opera The First Hundred Years in 1950.

The major breakthrough for TelePrompTer Corporation came in 1952, when Herbert Hoover delivered the keynote speech at the Republican National Convention, using the device. Hoover became the first politician to use the teleprompter.

Ironically, Schlafly rarely used his own invention. At his induction to the Cable Television Hall of Fame, in 2008, he admitted that it was the first time he had ever used his device to help deliver a speech. 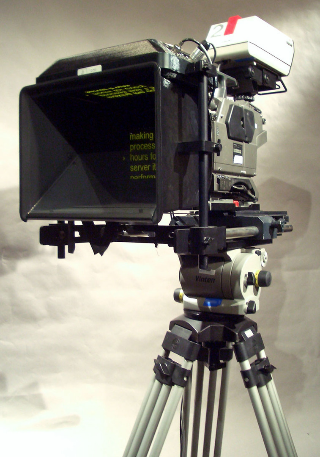 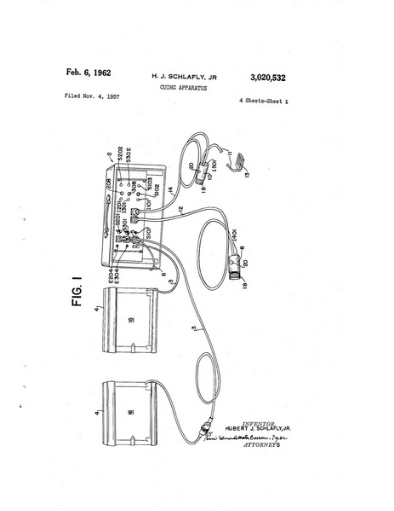 It was the during the Great Depression and he noticed that, despite hardships, people continued to go to the movies at their local theatres.

Hollingshead's vision was for a family to have the convenience of watching movies from their car.

He began to experiment with the concept of the outdoor theatre in the backyard of his home in New Jersey.

First, he placed a Kodak movie projector on the hood of his car. For a movie screen, he nailed a sheet to the trees in his backyard, then placed a radio behind the screen to test for sound.

His biggest challenge was how a person parked behind another car could see the screen. Eventually, he built ramps that when spaced properly, allowed every person to see the full screen.

On May 16, 1933, Richard Hollingshead received the first patent for the drive-in theatre.